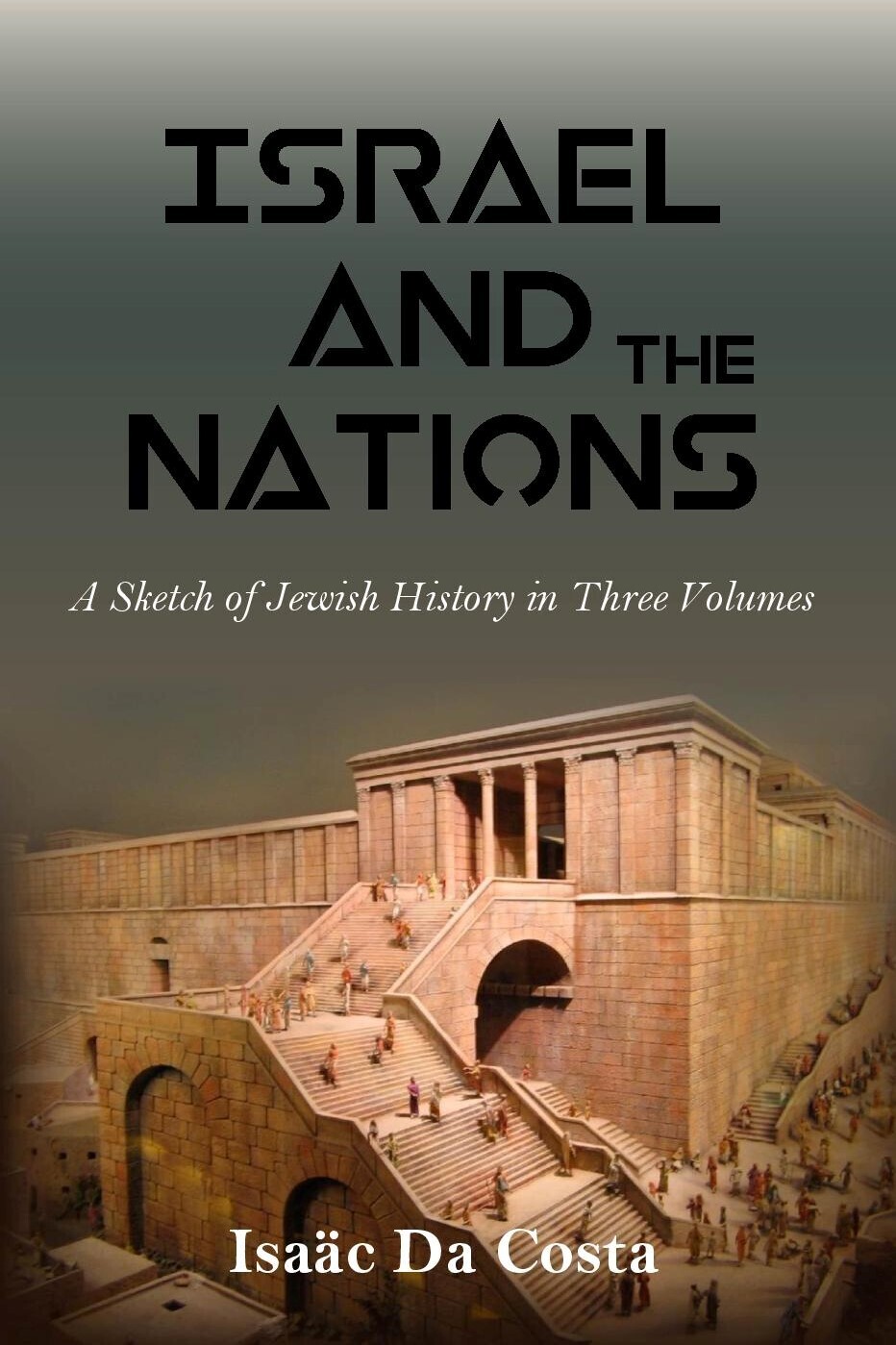 Israel and the Nations: A Sketch of Jewish History in Three Volumes (Case-Bound)

A Special Place or One Nation Among Many?

This work is presented as part of the conversation today regarding Israel, the Palestinians and Islam, on the eve of the 75th Anniversary of the reestablishment of Israel as a Nation in 1948.

Dr. John Bolt discusses at length the present-day bifurcation among Calvinists regarding Israel, and the editor includes a history of Israel into the 21st Century. These modest contributions bookend creatively compiled and lightly annotated sections of Dr. Isaäc Da Costa's extensive and meticulous research on the history of the Jews.

Dr. H. Bavinck says that, Israel's culture is advanced beyond any people on earth. The heroes of Israel have not been world conquerors, artists or philosophers but were emissaries of God, carriers of his Word: prophets and psalmists, apostles and evangelists . . . from them is Christ in the flesh.

Is he correct? If so, what does it mean for today? This book is published with the intention to press the church to think hard about its theology, as well as public policy, regarding Israel and its place among the nations.

Isaäc Da Costa (1798-1860), a prominent poet and Calvinist theologian, was born and raised in Amsterdam. His Sephardic Jewish ancestors had been expelled from Spain and Portugal during the inquisitional purge of 1492. The Venice of the North became known as “Little Jerusalem.”

Da Costa’s intellectual genius and historical acumen have always been widely acknowledged. Earning doctorates in Law and Philosophy at the University of Leiden, he was a member of the Orthodox Reformed party and considered the most influential leader in the Dutch Réveil. Dr. Da Costa was appointed as a professor and the director at the seminary of the Independent Scottish Church.

Whether you are an academic in the Ivory Tower or philosemitics in the pews, here is church history that longs to be learned and demands universal transmission.