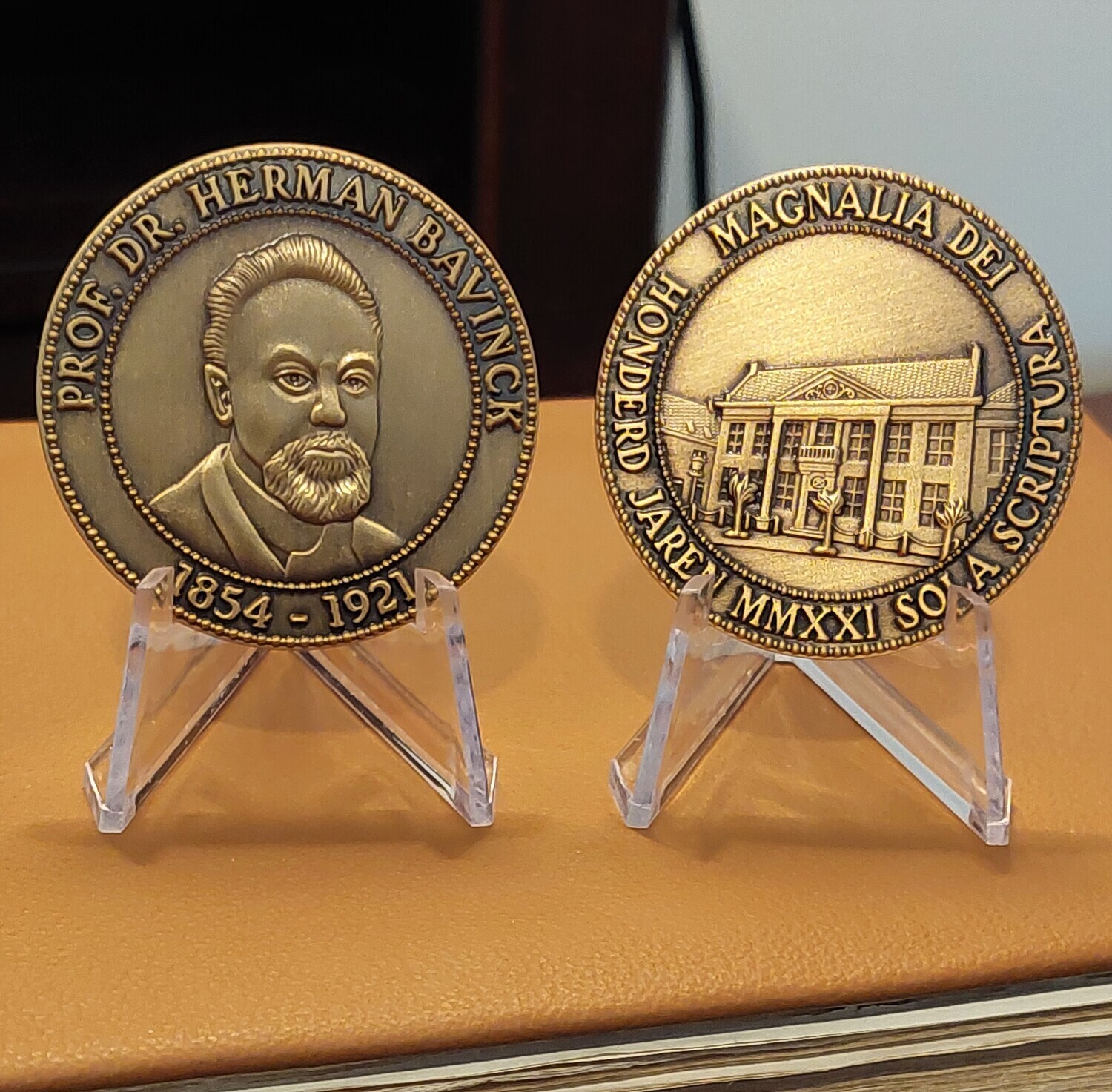 Presenting the limited edition of the medallion commemorating the 100th Anniversary of the death of Herman Bavinck. This exquisite artifact is cast in antique gold and is professionally minted according to the exact specifications of the Dordrecht Medallions--an expansive 58.5mm in diameter (4mm/90g).

Herman Bavinck (1854-1921), born in Hoogeveen, earned his doctorate at the University of Leiden, and was appointed to teach at the Kampen seminary founded by the Afscheiding churches--those reformed in 1834-1835 by Rev. H. de Kok. In Kampen, he labored for many years, also publishing his august Reformed Dogmatics, before joining Abraham Kuyper at the Free University of Amsterdam.

This commemorative medallion is commissioned on the centenary of the theologian-churchman 's home-going--arguably among the premier theologians in church history, in line with John Calvin and Wilhelmus a Brakel. With a renaissance of his writings in translation, the professor's legacy is preserved and promoted at the Dutch Reformed Translation Society and the Bavinck Institute.

The obverse side of the artifact depicts the revered theologian himself. The reverse side pictures the Theologische Universiteit Kampen, feature his Magnalia Dei (The Wonderful Works of God), this Honderd Jaren (One Hundred Years) heirloom minted in the year of our Lord MMXXI, and Sola Scripture as a chief feature of his celebrated theological contributions.

Delayed release due to COVID restrictions world-wide, this precious medallion is now available on a first-come-first served basis.

> The Authentic Medallion in a premium Deluxe Brown Leather Showcase.

> A limited supply of transparent pedestals included while supplies last.

Enter your or a special recipient's address in the Shipping Information and the historic medallion will be delivered to your or their doorstep...